Around a corner with Meer

There's been a recent discussion among some of the CZTs about using the tangle Meer in a border design and what to do at the corner. I like a challenge so I gave it some thought and came up with the idea of twisting it. 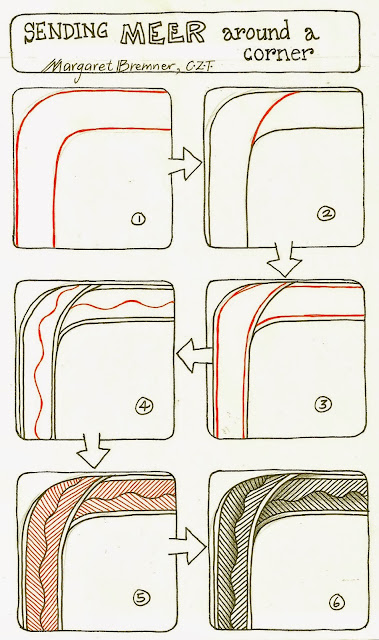 Then I realized that it could also be 'folded' at the corner. Use straight rather than curved lines and simply eliminate the triangular corner bit from your tangle. If you want the pointy corner effect you can always add a little something extra there. 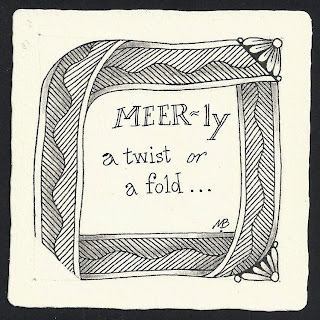 A number of suggestions were proposed by other CZTs and I thought I'd give them a whirl too.

Bonnie Browning suggested "leaving the corner blank and put Paradox or something like that in the corner that is still lines, but different" (example: top left below). 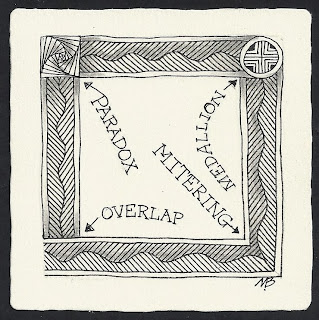 Jean Smerglio shared a couple of diagrams showing "a way to do tangles that do not go around corners well. I have to give credit to Carole Ohl (for) one; she used it in her calendar."
I've added two more: 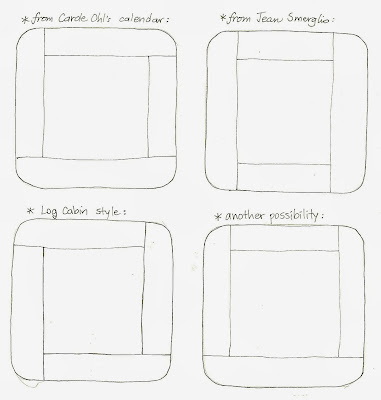 And on a side note, if you're wondering what Carole Ohl's calendar is, check out this link.

UPDATE, FEBRUARY 2014 - ANOTHER METHOD!
I woke up this morning with another method for sending the tangle Meer around a corner lurking in my brain. This one keeps nice, square corners, if that's something you'd like. Later I realized that this is basically the mitering idea proposed by Jean Therkauf, but you don't have a diagonal ink line through the corner. 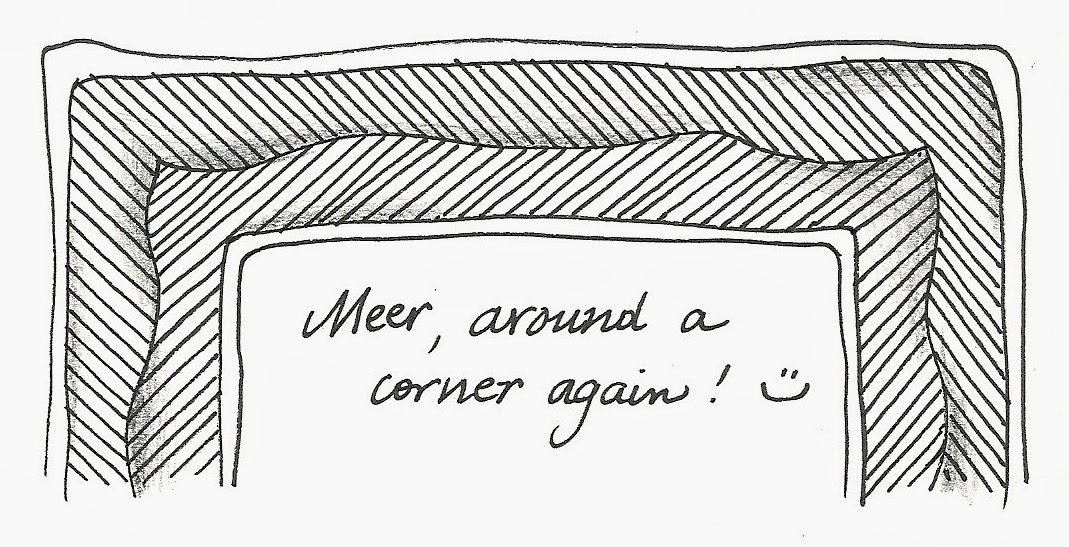 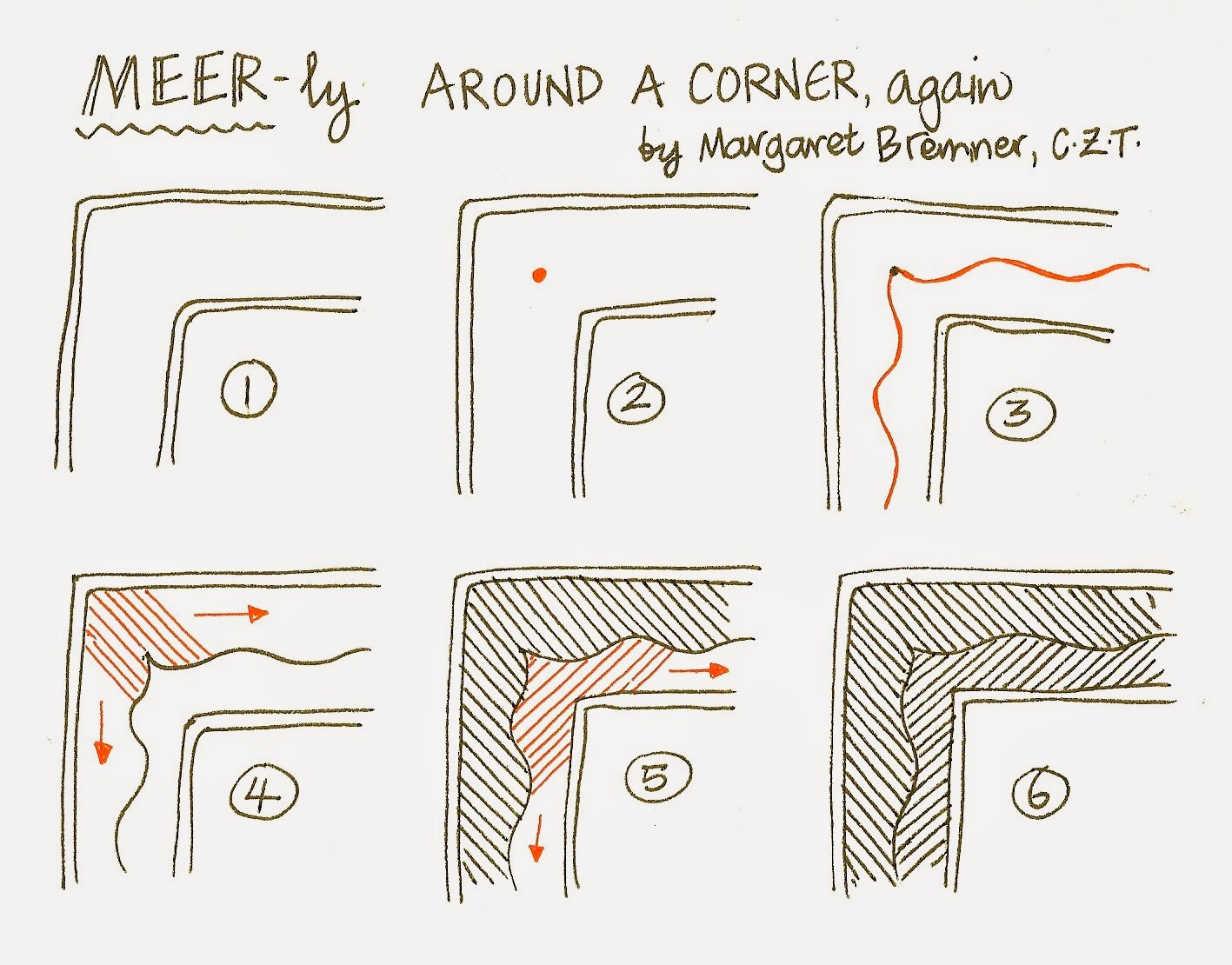 Posted by Margaret Bremner, Artist at 10:27 AM