I've been making ATCs from cut-up old artwork that was going nowhere and the results were pretty darn terrific in most cases! You can see some of them here and here. All the smaller pieces were quite lovely. The only 'problem' was that I no longer had the bigger artwork.

There was another piece that was stalled so I decided to cut it into squares, finish each small square individually, and reassemble it. Here it is cut into 16 squares. You can see some of the gray acrylic wash that I began with, when I expected the finished work would be black and white (and gray). 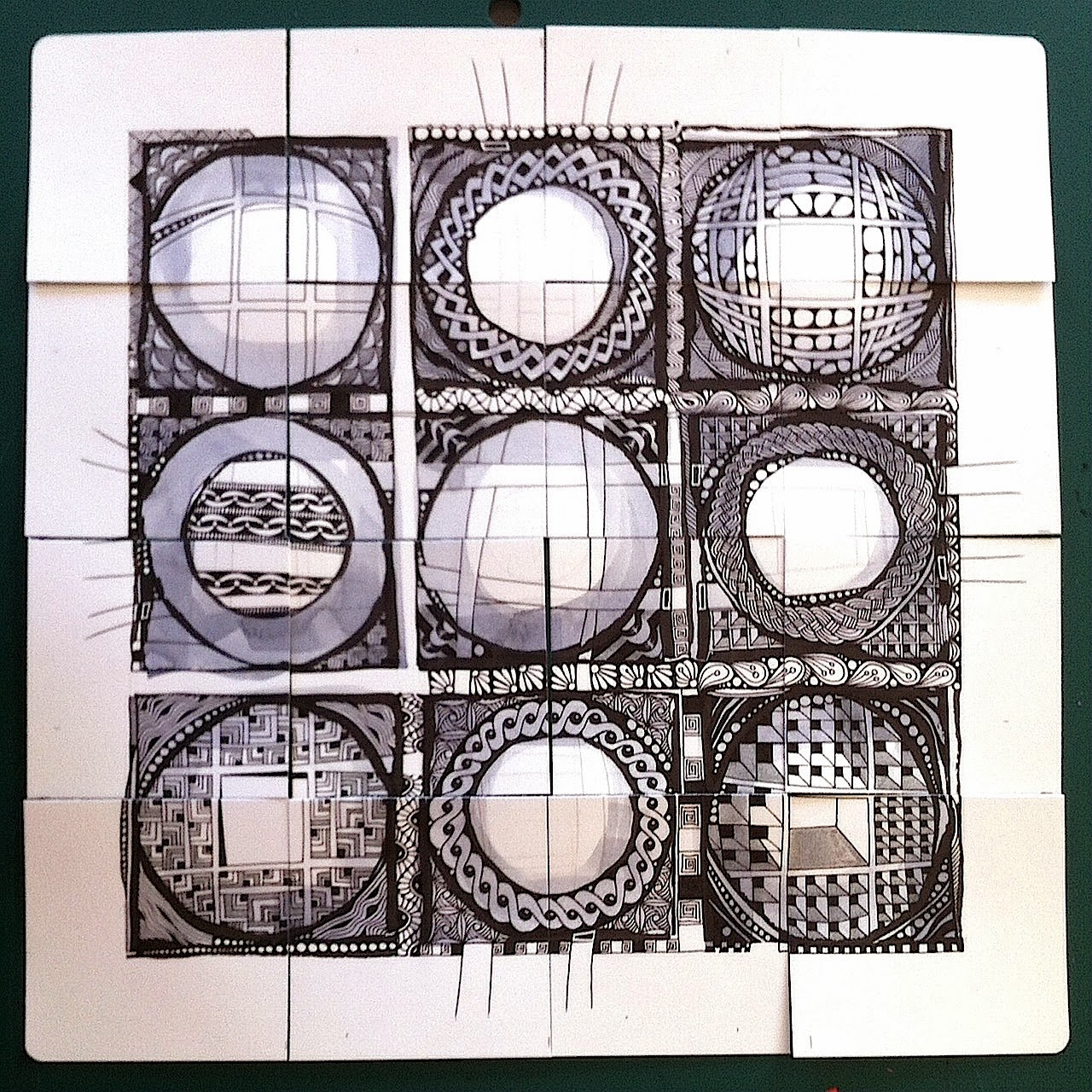 I added color to all the small squares. It was different from doing ATCs because on some there were large parts that needed to be left white. Here are all the little pieces with color. So far so good. 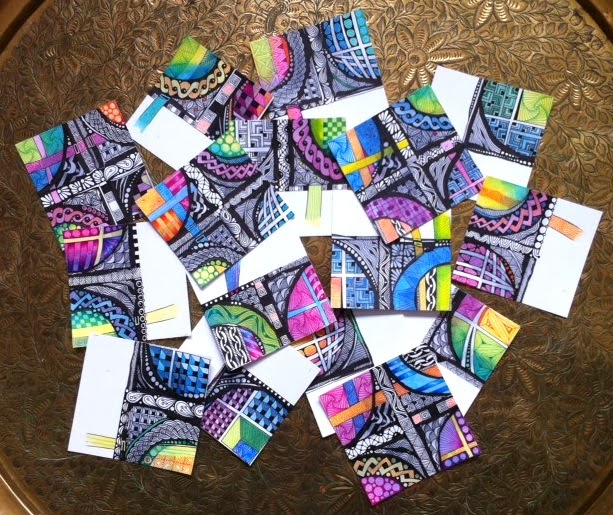 Then I reassembled the pieces. At this point I discovered a few places I had forgotten. I tangled those, added white ink in a few places, darkened some areas, and added shading in colored pencil. 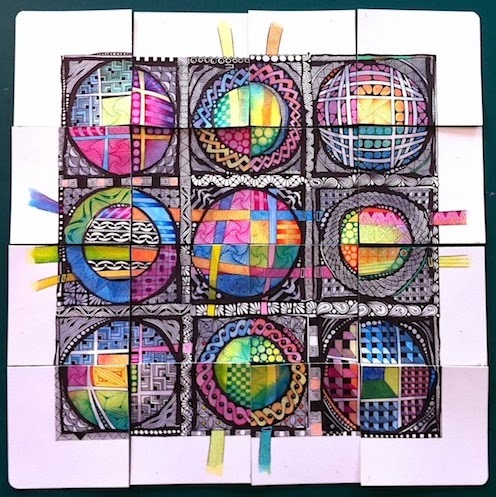 It wasn't thrilling me. Maybe I had already done too much black and gray before I cut it in pieces. Maybe I should have stuck with black and white. Maybe the gray wash was too much right from the beginning. Maybe I had, in the back of my mind, the idea that it would get put together again. In any case, I wasn't pleased.

Sooo, to the rescue: Artist Trading Cards! I found some sections I did like and cut them to ATC size. I had eight and mounted them on backing paper because they were rather floppy. Then I tangled the white parts and fine-tuned things. These I'm quite pleased with. 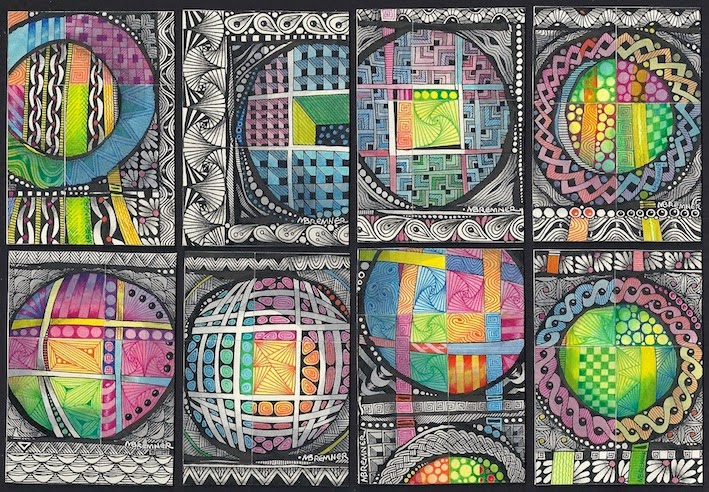 So what gives? Why do these work as ATCs and not as a reassembled larger piece?
Posted by Margaret Bremner, Artist at 12:16 PM