That's this week's challenge from the Diva, who will soon be flying off to Providence RI USA for the next CZT seminar. :)

I took to Auraknot when it was first presented (and here), but Mooka has always been a bit of a nemesis. I like seeing it in others' work, but almost never like it when I did it. The ends always look blobby.

I admit it. I tore up the first tile I started. Mooka looked blobby again, and it wasn't working with Auraknot. I glanced at my desk and spotted some tan tiles and thought, "The tan tiles usually end up looking pretty terrific. Maybe I can scare a good Mooka out of a tan tile." Here's my second tile, on tan (Renaissance) paper, and I love it! I think I'm on to something to remedy the blobbiness!  More on that later. 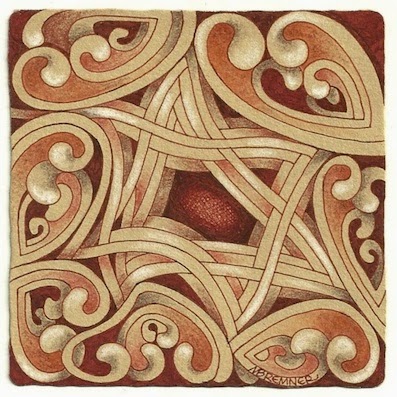 I decided to try another on a black tile. I don't use those very often but I guess I was spurred on by success. 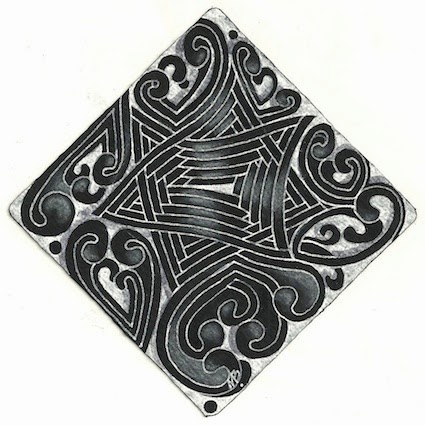 So, my little epiphany about how to avoid blobbiness? I realized that I hadn't been curling the top of the frond enough before adding the blob. When it curls more it actually looks rather elegant. It needs to curl way around, almost back to the original long line. There is a space between the blob and the stem and it's almost the same shape as the blob itself. See the difference: 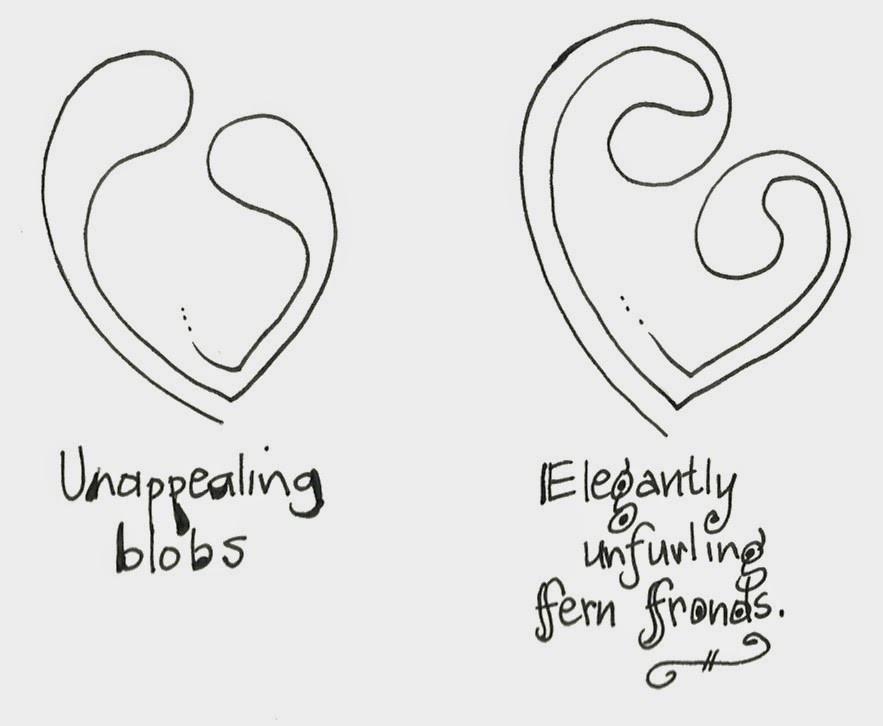 TA-DA!!! Maybe now I can do a decent Mooka!
Posted by Margaret Bremner, Artist at 9:41 PM