Sometimes you just have to take a chance.

I had great expectations for this Opus tile, but I just didn't like it once it was finished.
But darn it all! I'd put a lot of time and work into it! No way I was going to just throw it out, and I already have too many ATCs to trade. Surely I could do something with it. 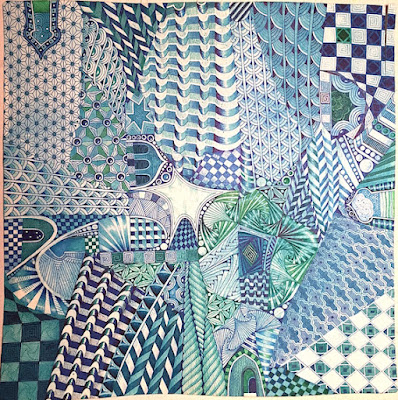 I'd had the idea of Turkish and Iranian mosques, with their columns and stripes and geometric patterns, but the parts hadn't come together as I had hoped. I realized that I needed a different vision for it, and decided that maybe it needed to become less cluttered by mixing it up a bit more.

I trimmed a quarter inch off all sides, leaving me with a 10" square, easily divided into 25 two inch squares. Here are all the "twinchies": 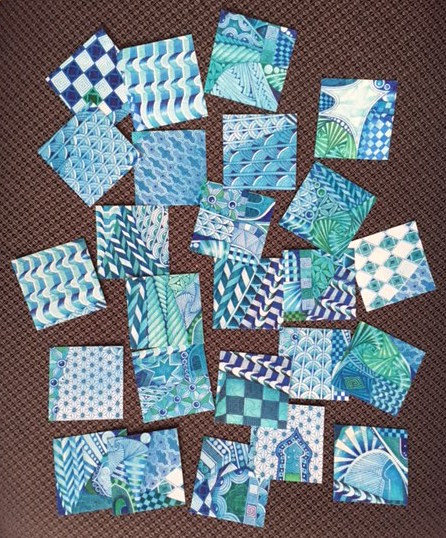 I painted a 12" canvas white and then decided how I would arrange the little squares. There were a few with doorways and I decided to place those along the bottom. The sides of the canvas were then painted mottled turquoise and blues, which turned out really nicely.
I didn't like the tiny difference of level between the canvas and the paper, and I thought it should be glossy because of the "tiles" idea. I used a self-levelling epoxy varnish and it now looks as if there's a sheet of glass on top! I painted gloss varnish on the sides to tie them in with the glossy surface.
Posted by Margaret Bremner, Artist at 3:01 PM