Progress, in black and white

I thought some of you might be interested to see how some ZIA tiles progressed as I worked on them.

I had started four tiles with gray washes. I had a vague idea of 'tree' or 'houses' but I try not to be too specific with shapes at this point. Unfortunately I didn't take a picture of just the washes. Here are the four tiles with some initial tangling on them. 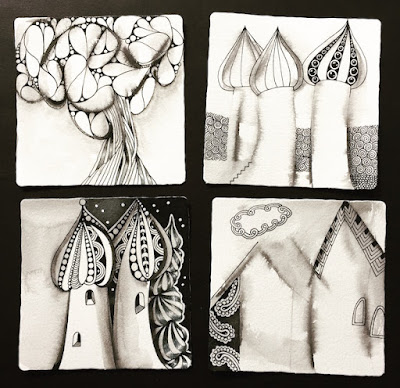 At this point I'm thinking:

Next stage, well-developed but lots to do still. 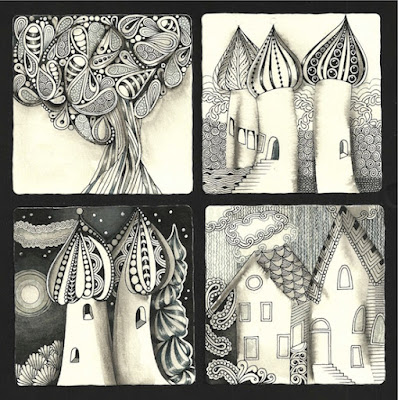 At this point I'm thinking: 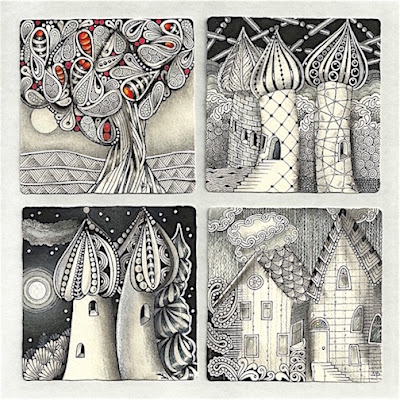 The finishing and fine-tuning:

At this point I'm thinking:
Posted by Margaret Bremner, Artist at 9:54 PM