No journal, no sketchbook

I don't do journaling and I don't keep a sketchbook, but I've had that lovely blank book from ZenAgain in November 2016 sitting on my shelf for over a year and a half!
I had started something on the first page and hated it. It wasn't an opportunity; it was just awful. I stuck the book back on the shelf.
Sometime later I had an idea. I sliced the page out, leaving a couple of centimeters. Then I cut a piece of pale green 'vellum' paper to fit, gave it a fancy edge, and taped it in with washi tape on both sides. Nice! I still haven't dared do anything on it or the page behind. 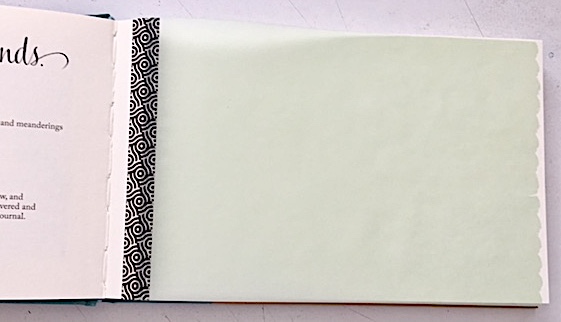 Finally, in June, I drew on the cover and added some metal leaf. I like it. 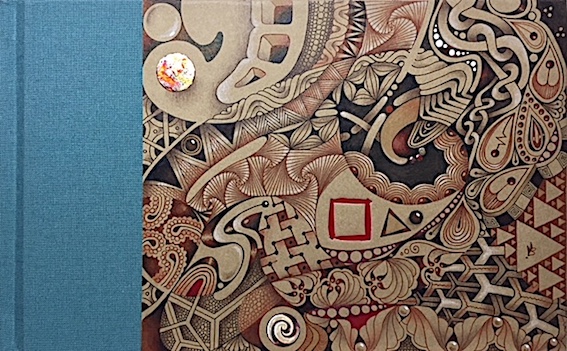 Then I attempted one page inside and didn't ruin everything. It's a significant piece of black and white wrapping paper given to me by a friend. I wanted to do something special with it, but it wasn't art-on-the-wall worthy, so... journal! I added all the small tangling including the white Tridots. I like this, too. I’m on a roll! 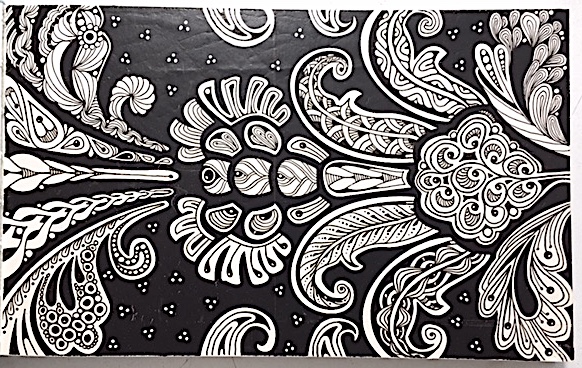 I was beginning to feel confident!
On another page I began with some circles and washes using three Koi coloring brush pens. I love how they work and I hate that they're not lightfast. But this a book and they'll rarely see the light of day. Then I used a circle template and did the large, evenly-spaced circles to work with. 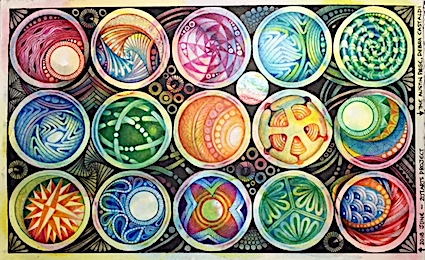 So, it seems I have the beginnings of an art journal. More on this later, no doubt.
Posted by Margaret Bremner, Artist at 9:13 PM