Zentangle's Project Pack 12. The annual Twelve Days of Zentangle. This year, Zentangle Renaissance. It's taken me quite a while to find the time to do this project but all in good time. Aaand... here we go!

DAY ONE - Bronx Spear, an interesting tangleation of Bronx Cheer. My little pot of gold gouache was hard as a rock, so while waiting for it to reconstitute I used gold acrylic paint. 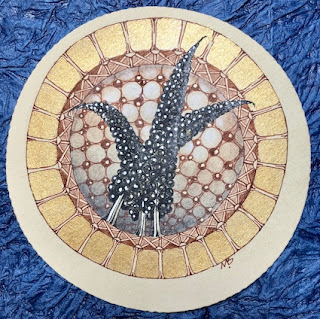 DAY TWO - In my book you can't go wrong with Crazy Huggins, and I love the idea of double DooDah in the horizontal ones. 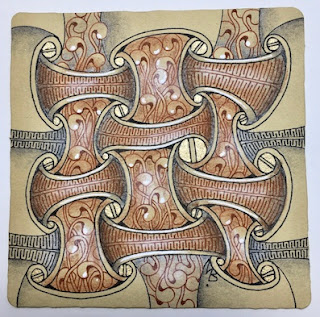 DAY THREE - This took a wrong turn right from the start when I did the four fragments all the same rather than turning them as I went. I kept going, wondering what delight would appear out of the 'oops', and it's one of my favorites! That's the first tile below. The second tile is my second try, and how it was "supposed" to go; I really like this, too, and hope to experiment with it more. 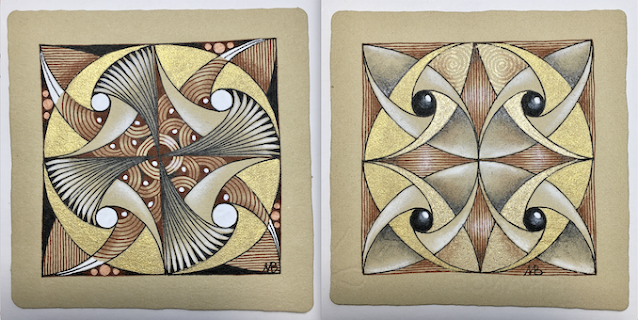 DAY FOUR - The idea was to do three of these, with a gold border along the entire bottom, then bend them at the center, glue the sides together, and have a lovely tiny conifer tree shape. My gold ended up in a corner, and I only did the one. 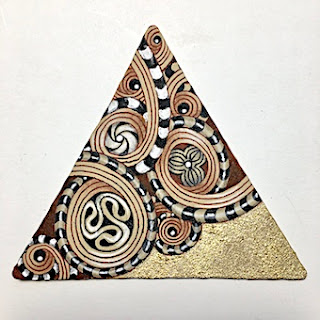 DAY FIVE - Aura'd Fife, "tethered" Auras, a coffered border, and more. I realized that Fife with the inner Auras is a lot like Double Double without the initial square grid. I like the idea of white chalk rings but mine didn't work well. 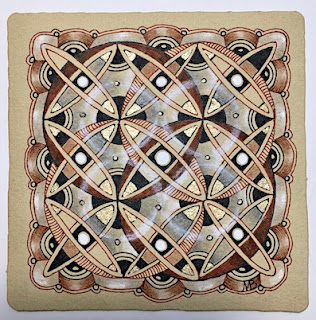 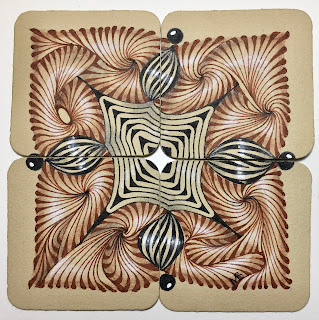 I like doing (almost) the same thing on four bijou tiles
and then seeing the various ways they can be placed. 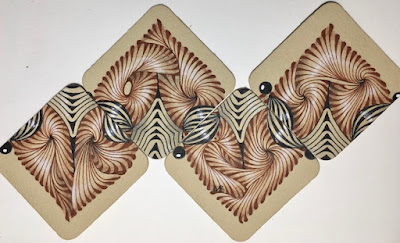 DAY SEVEN - We began with a light gold wash over the entire paper (gorgeous!), then added Paradox, Pearlz, and Flux. I also used Paisley Boa immediately beside Pearlz. 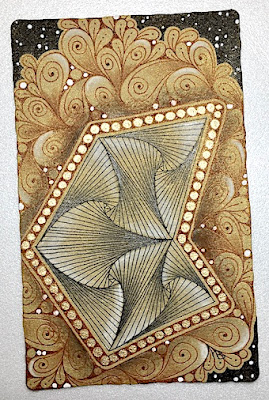 DAY EIGHT - We started with a pre-strung zendala tile, and then completely ignored the string to create the border! I wanted to preserve a little more of the pre-strung design so I left the star points visible. My gouache still wasn't smoooooth so I used a lot of different metallics in the center: gold acrylic paint, copper acrylic paint, gold gel pen, copper gel pen, and clear star gel pen. 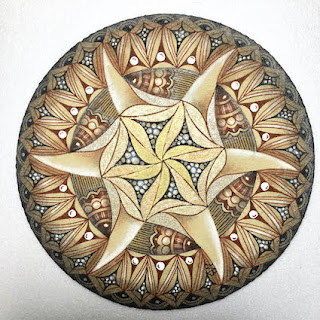 DAY NINE - On a phi tile, a Purk/Festune mashup, Pearlz, Stiritup, and more. I really like the phi tiles. 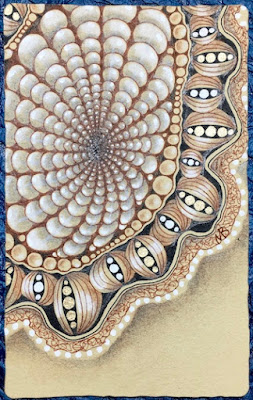 DAY TEN - On a 3Z tile, some paisley-like, moon pie-ish shapes. and a gold border. My gold gouache is somewhat reconstituted so I used it, but it's still very grainy. 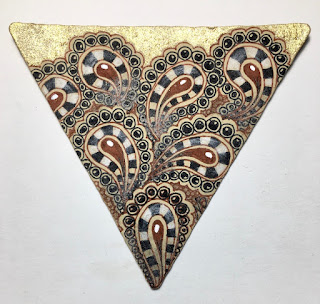 DAY ELEVEN - The tangle Drawings on a zendala tile. I couldn't get the shadow as dark as I wanted even with a 6B pencil so I added tiny wavy lines in black. 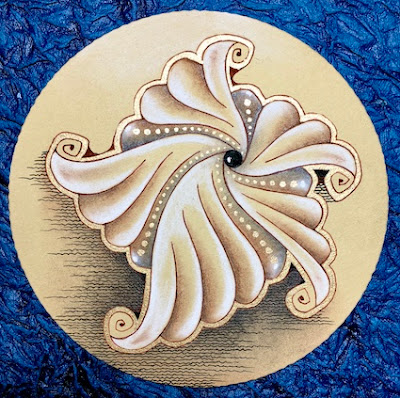 DAY TWELVE - On a square tile, we began with Mi2. Then we added Auras,"capes" :), and "therefores" (AKA Tridots, or cinta marta?) 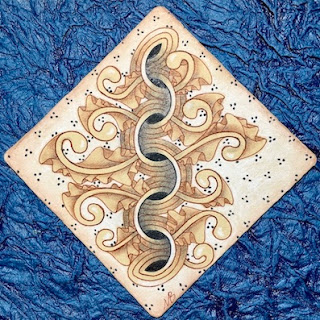 Many thanks again to those at Zentangle HQ for another fun project pack!

Posted by Margaret Bremner, Artist at 11:10 AM