Last November I participated in an online workshop given by Deb Prewitt that she calls Forgotten Places. I find random markings to be wonderful inspiration and have been looking to try other methods to create artwork 'starts'.

We began by consciously creating ugly things using watercolor, fluid acrylic, drips, spatters, and more. The uglier the better said Deb! Here's what I ended up with. 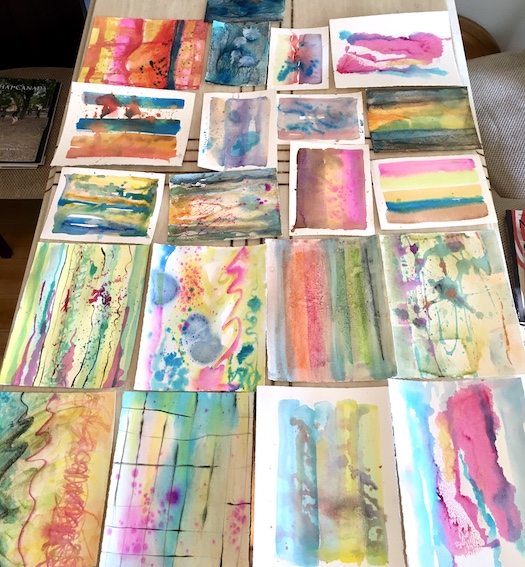 The first piece I finished - immediately following the class - is the one below. I was recalling the New York city subways when we were there for our youngest daughter's graduation from NYU. 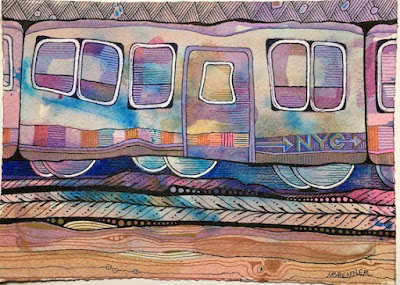 Oddly, the photo I recalled that inspired this is completely different! 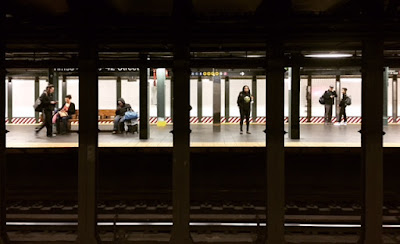 I was rather taken with Cherryl Moote's new tangle Morrisseau, so I did that on the next ugly start. 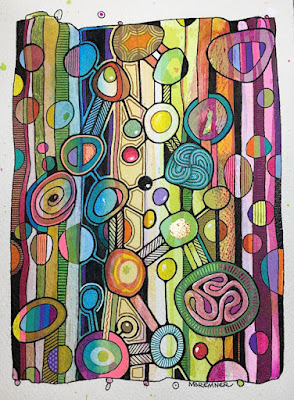 The ugly start below called to mind mountains in the upper left, and windblown pink flowers in the foreground, so I developed that idea.

Crusade is a square grid tangle that I quite like, so I developed it on the next ugly start that already had a few gridlines on it.

More to come, for sure!