I encountered Zentangle in late 2008. I still don't know what posessed me to attend a CZT training seminar - it seemed a lot of money at the time - but I knew I had to go. It was just the right thinig to do. In May 2010 I was in Whitinsville with 60-some other bug-eyed enthusiasts. It's one of the best things I've ever done.

Between learning about Zentangle and LEARNING ABOUT Zentangle I did a fair amount of drawing, tried to figure out things, copied patterns, searched the internet and so on. Patterns and repeated elements I totally grokked but somehow I just didn't grasp the idea of strings and shading.

I did a series of short words in the summer of 2009, completely missing the idea of pencil strings and shading, but bang on with the pattern thing. In a way, the outlines of the letters serve as strings, but without any mystery. Here are a few of them (still rather cool nonetheless!). 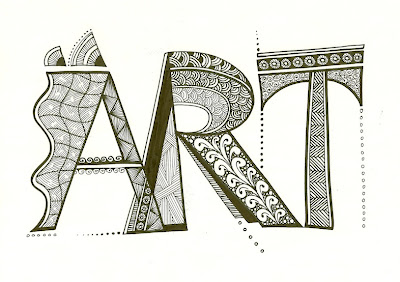 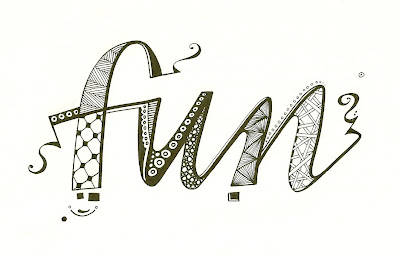 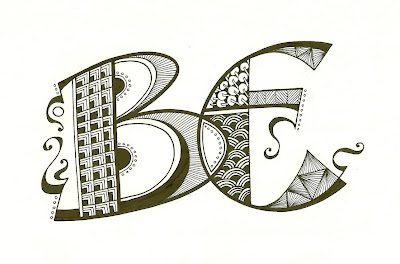 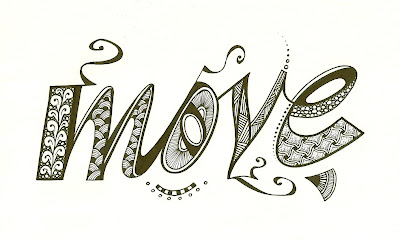 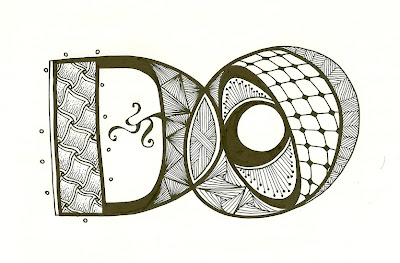