Here is a fairly simple triquetra and perhaps my favorite. It's easy to construct (well, more or less!) and looks impressive. Stay tuned, on Monday I'll post some drawing instructions for anyone who would like to try doing some of these triangular Celtic knots.

I began my first cloverleaf triquetra and it went so haywire I abandonned it and moved on to number two! There are still a few glitches here, but I think I disguised them fairly well.

Third try went a lot better. I actually got all the overing and undering where it was supposed to go!

But I kept thinking about that first attempt, and that there are no mistakes that you can't do something with. So I got that botched tile out again and went to play. Have you seen those photos of webs made by spiders on drugs? 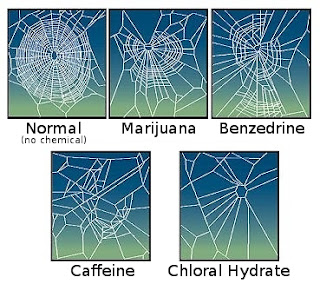 I think this looks like a cloverleaf triquetra on... something!

So, you're wondering where those glitches are? I'll show you. 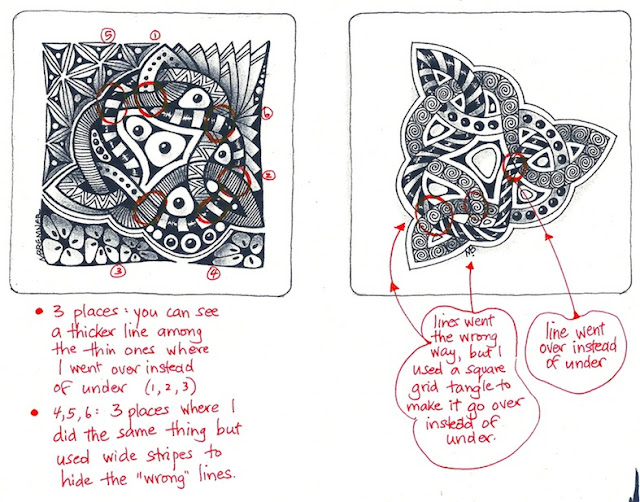