Some time ago I started doing Simone Bischoff's series of lessons for sharpening one's line drawing skills, so I thought I'd share my efforts with you. Originally in German, the short series is abbreviated in translation on tangle-patterns.com. There you'll find the details of each exercise. I did all my work on zentangle tiles.


Lesson one: ways of connecting dots
Simone shows various ways to connect two dots. I used Black Pearlz for three of the dots. 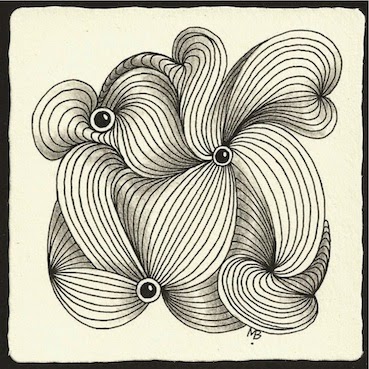 Lesson two: lines in waves
This didn't work out the way Simone's did, but it is wavy lines! 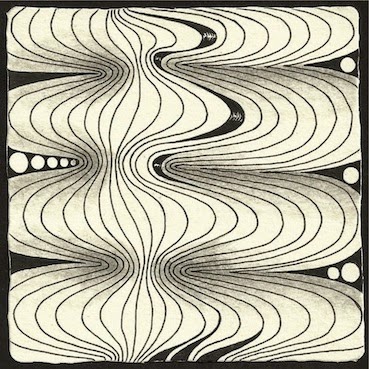 Two tangles that use a series of wavy lines are Diva Dance and Magma. 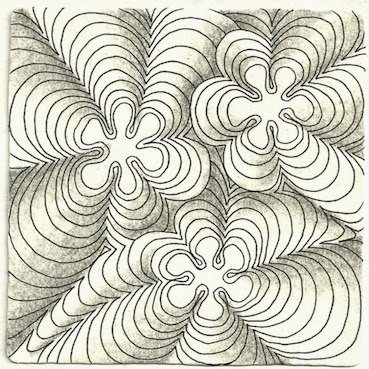 Lesson four: spiral forms
First, a helix, a double helix, and a spiral. 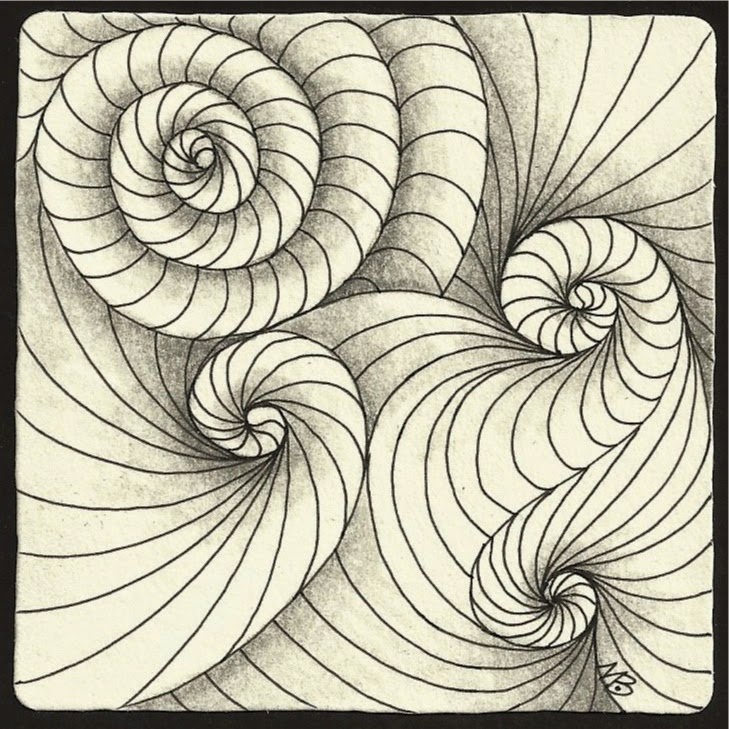 The second idea in this lesson is to use the three spiral forms all starting from the same place.
It started going rather haywire so I just let it do that, and added more. 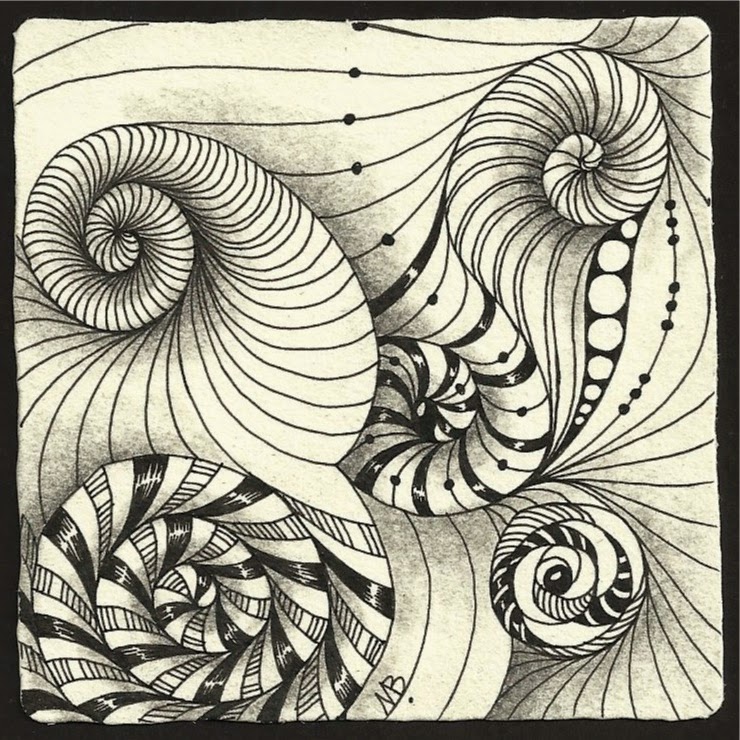 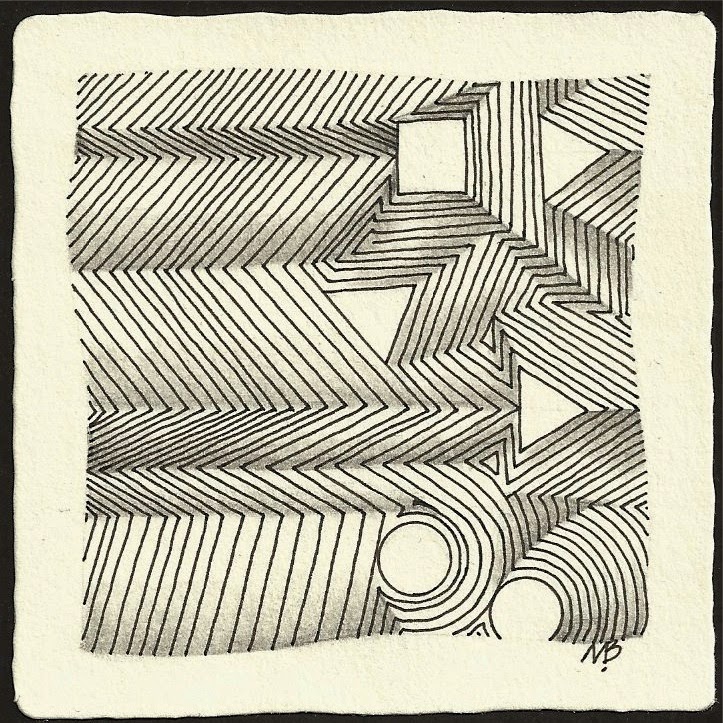 Some tangles that use this type of angled lines and shading are Raddox and Static.


That's as far as I got (thus far, at least). It is a fun exercise and offers new ways of thinking about mark-making. Give it a try!
Posted by Margaret Bremner, Artist at 12:49 PM