There's always something new coming out of ZTHQ! I quite enjoy these project packs and I always learn something (usually several somethings). This particular pack introduces five of Sakura's new Moonlight pens, with lovely opaque ink.

DAY ONE
On a black Apprentice tile, Munchin with orbs. 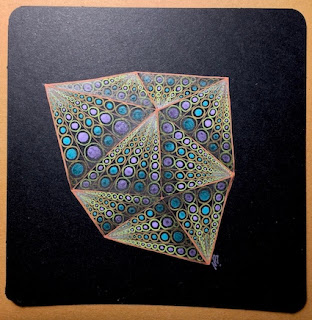 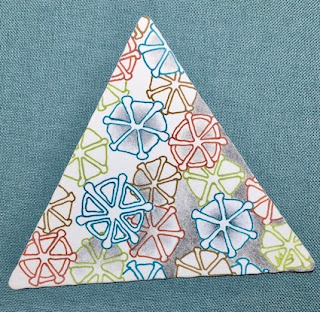 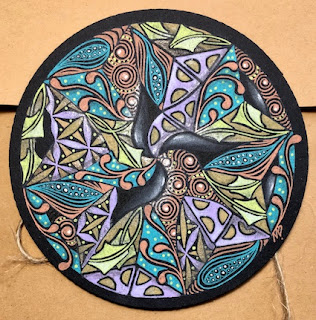 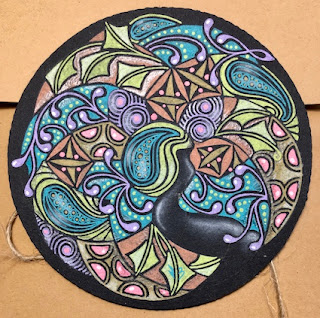 DAY SIX
We divided a white, pre-strung zendala tile in half using Mi2, then filled one half in black and white, the other half in  color.
DAY SEVEN
On a black Apprentice tile we created some large-petaled flowers and filled the petals many different ways, then added leaves and more. 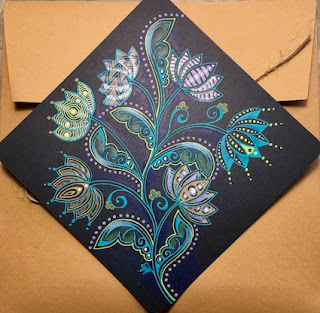 DAY EIGHT
These are my first two of six Renaissance 3Z tiles which will all have similar tangling.