DAY ONE - I liked Maria's results in the demonstrated tile, but mine looked dull and dark. So I did two others, 'inspired by'. 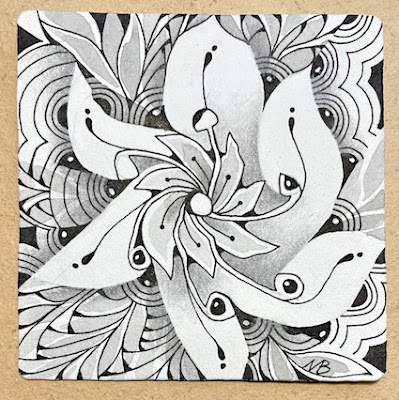 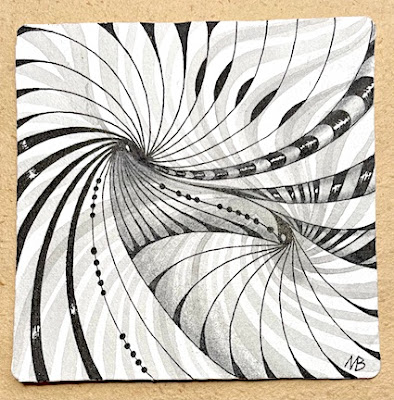 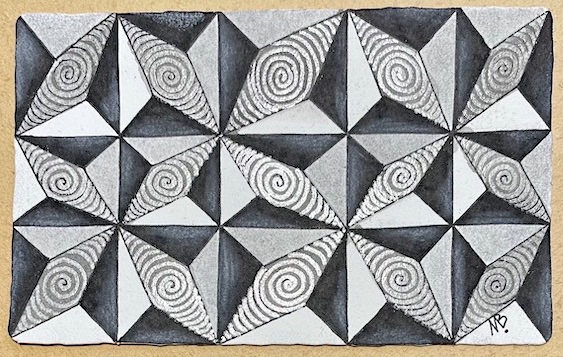 DAY THREE - I couldn't help but see a sunflower as this progressed. Then, of course, I had to try one in color. I like the black-and-white one better! 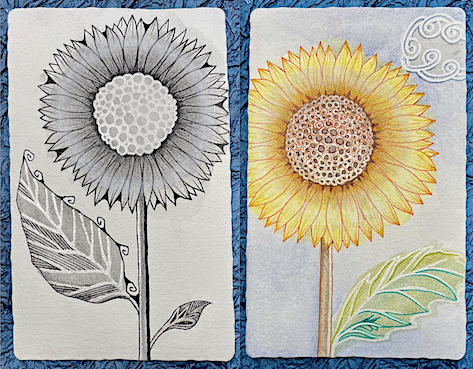 I had two Phi tiles with hibiscus teabag stains. One looked liked another sunflower, the other looked rose-like. 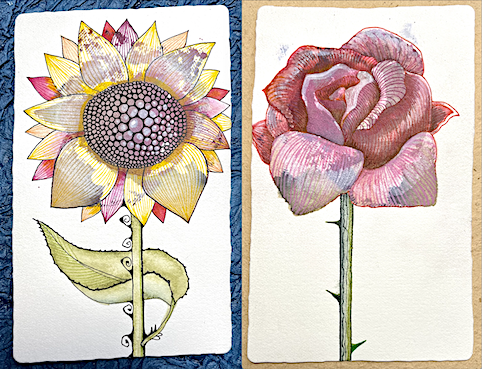 DAY FOUR - Crazy Cadent with clear Glaze resist and graphite wash. I did gathered corners in some of my Cadent. 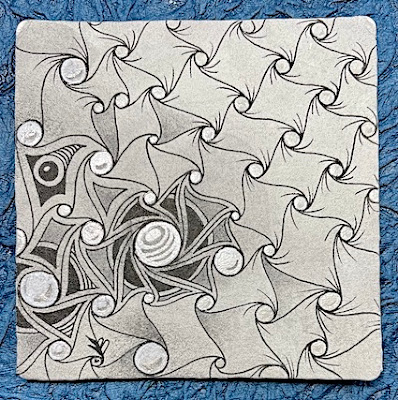 DAY FIVE - Using the Glaze pen in sections of Aquafleur, and the water-soluable graphite elsewhere. I tried another one - 'inspired by' - on a tan, hibiscus-teabag-stained tile. 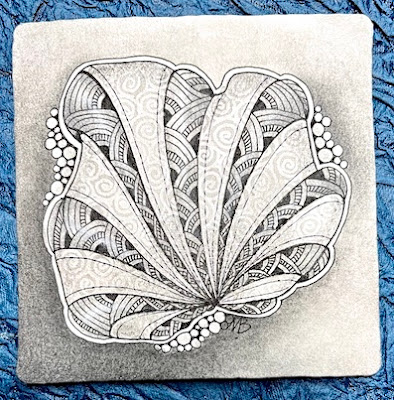 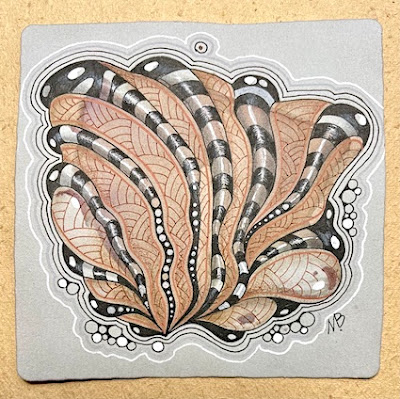 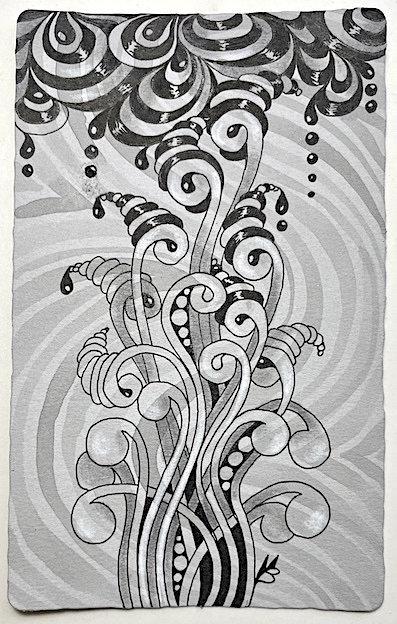 DAY SEVEN - Ing in thick lines of clear Glaze, then washed in graphite. Rick went in an interesting direction, "erasing" micron lines from the Glaze, but I had seen another direction, and wanted to try nestling rows of Ing. 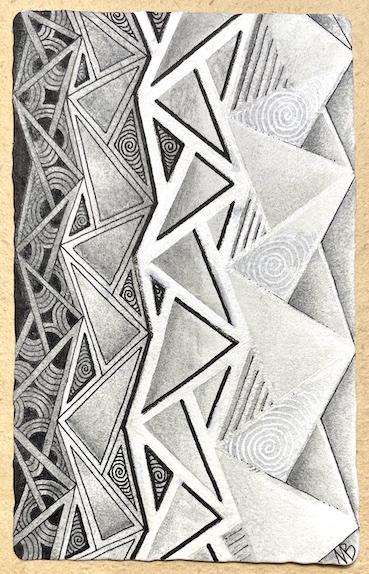 DAY EIGHT - Lots of possibilities shown for using the water-soluable graphite to create strings from which to be inspired! Here are some of my results:

A slightly-curvy square grid became Cubine and Dex and a few Pearlz. 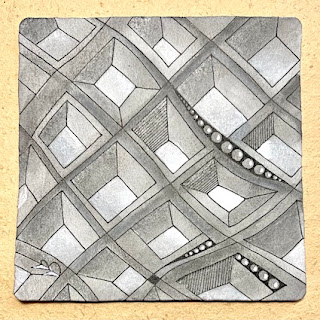 A dripped orb became Arukas and Within with hints of a tangle whose name I can't recall! 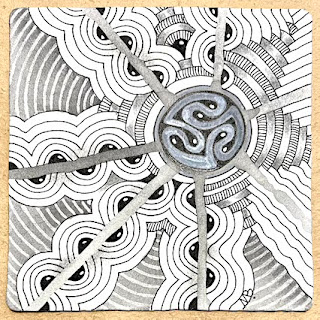 A spiral string filled with the spiral tangle Ohana. 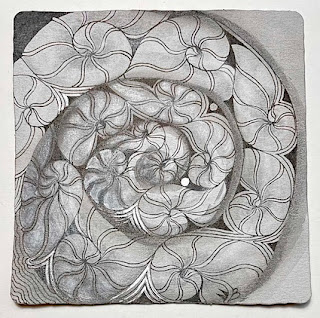 A series of wet graphite rows called for Romanancy, and a row of Rayga. 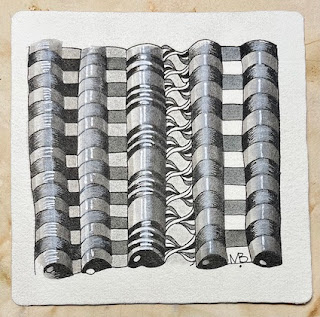 A partial orb with drips got turned upside down to make different drips. 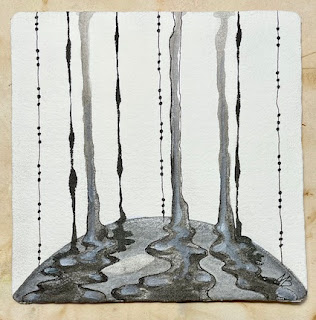