A bit gauche but not sinister

Entirely with my non-dominant hand, you say? I've been waiting for this challenge! I've been wanting to try this method, but not quite enough to go ahead unprovoked.

In the end it was great! I noticed a few things:
In my first attempt I used tried-and-true tangles, ones I'm familiar and comfortable with, and also fairly simple. I sometimes like the wobbly line effect in mine and others' tiles. I also like the slightly hairy look it has with the occasional stray lines! 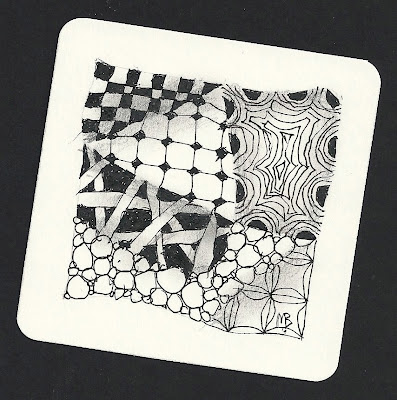 In my second attempt I tried other tangles, a little more complicated. It seems appropriate to display these at a slightly out of control angle. :-) 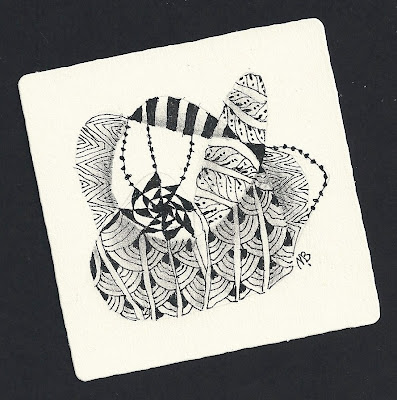 This challenge gave me the opportunity to empathize with those with MS, Parkinson's Disease, or tremors. It also put me in the mental space of a child learning to wield a pencil or an adult who doesn't do art.


On a tangent:
I find it interesting how some English words have roots on the left side, and they're generally negative. We use gauche (the French word for left) to mean unsophisticated, lacking culture or un-politic. Adroit (from the French, literally "at/to the right") means skillful. We use sinister (Latin for left) to mean nasty or sneaky. We use dextrous (from the Latin 'dexter': right) to mean having fine motor skills.
Posted by Margaret Bremner, Artist at 6:19 AM