CADENT, and then some 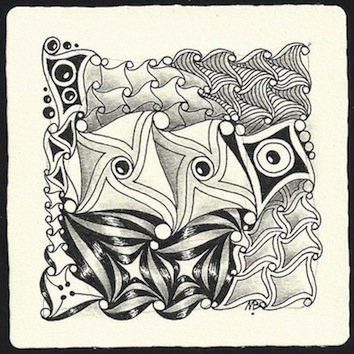 Settle in. This is one of those long posts!

Cadent
is of one of Zentangle's 'official' tangles. It's simple, elegant and easy when you know the steps. It was designed by Maria Thomas and you can see her steps here, as well as some possible variations. Being basically a simple pattern, it lends itself to massive possibilities! It can be done with straight lines rather than curvy, but I prefer it with curvy lines so that's what I'll focus on here. Most of my examples aren't shaded yet; you should do that. :)

I want to start by sharing some of my favorite variations. My left brain realized that they would best be displayed in chart form. 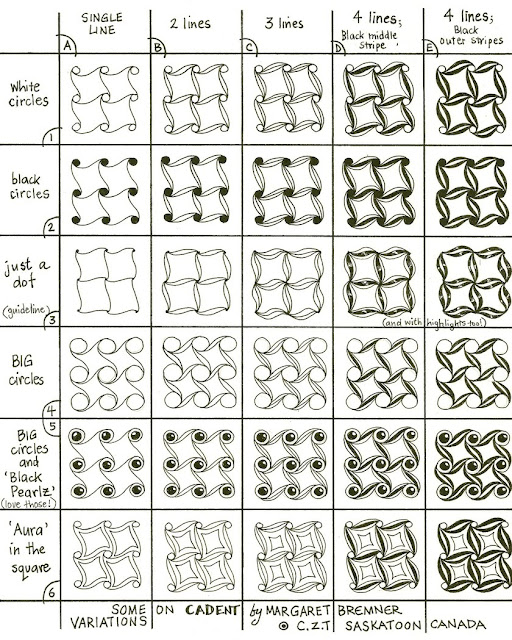 And then some #1
A single row of Cadent makes a lovely border. You'll see a few scattered throughout this tutorial.

And then some #2
The square parts of Cadent can be filled with many different things for various looks. You may want to add Auras or ribbons to separate the squares. Think of some square grid tangles you like and see if you can adapt them. Here are a dozen ideas to get you started. I've used Cubine, Dex, Tortuca and Yincut, as well as other ideas. 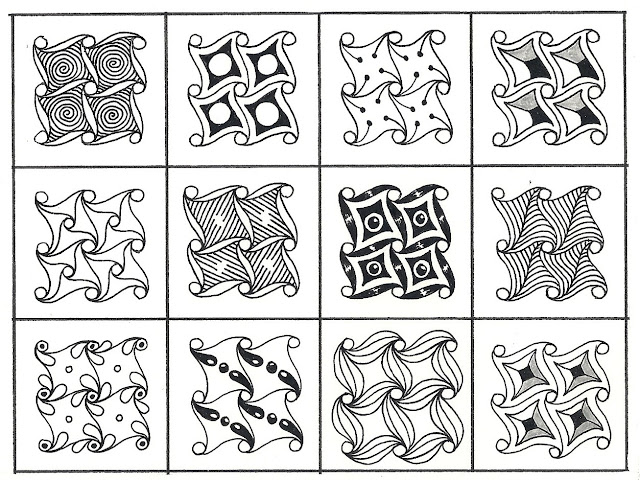 And then some #3
If you make the circles larger they can be filled with something. Here are three possibilities. Think of tangles you like that are composed of small circles and try them out.

And then some #4
Cadent can be done as triangles too. I find this especially useful if Cadent is along an angled edge. 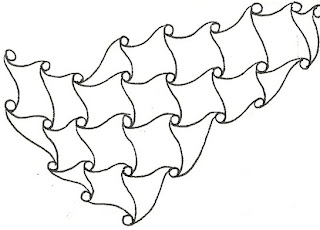 Using triangles, Cadent can be done in the round. Start with a central circle. Draw about six circles around it and connect all the circles using Cadent lines. Then you have to think triangles, add more circles, and keep going. For another method to arrive at almost the same pattern, see my tangle Wildwood. 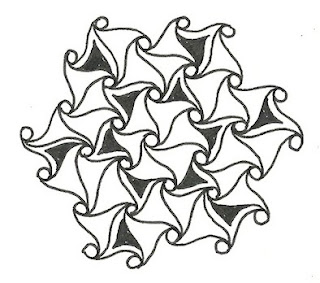 And then some #5
You can do Cadent as rectangles instead of squares.

And then some #6
Here are some fancified versions of Cadent for more inspiration. 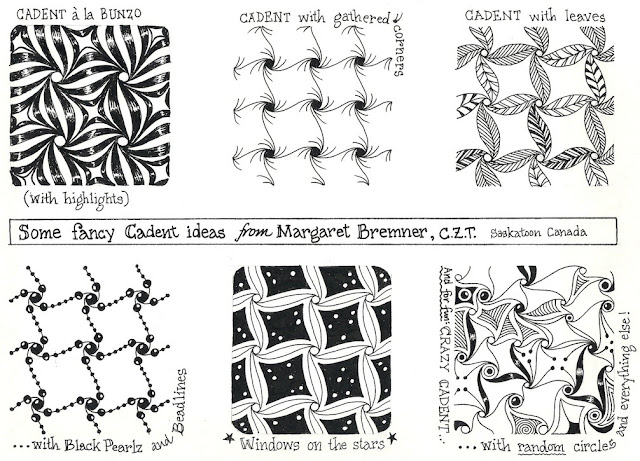 And then some #8
Finally, I was about to throw out the samples I'd drawn for this post. Two of the large circle ideas and one with border designs caught my eye. Then I thought, "I could make ATCs out of those!"

Well, that should keep us out of mischief for a few days. Have fun!

You can see my "and then some" tutorials on other tangles here: Paradox, Knightsbridge, and Munchin. 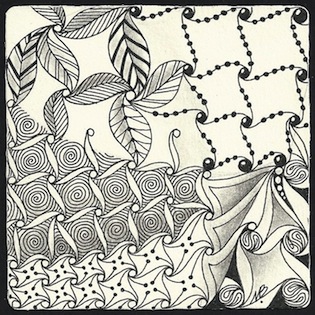